Montclair High School has announced that all home games will be livestreamed this fall, with a link to each event found on the Montclair Public Schools website, under the labels “Parents” and “MHS Athletics Live Streaming” or by following the link here.

Montclair Kimberley Academy will stream some games on the MKATV Youtube channel, but no firm schedule had been set as of press time.

MKA Athletics also released the first looks at the redesign of their logos. “The new look celebrates the past with the legendary cougar and traditional school colors, while looking forward with bold design and updated, dynamic images for present and future MKA athletes and teams,” the school said in a press release announcing the changes.

MKA entered into partnership with BSN SPORTS,  a division of Varsity Brands in 2019, which gave them the opportunity to work with Varsity Brand’s professional school branding experts, VIP Branding, on an updated set of logos.

“In finalizing our MKA Athletics brand redesign, we worked closely with a panel of MKA Varsity Head Coaches and former MKA athletes who competed at the collegiate level and understood what athletic branding does and portrays for a school and/or university,” Athletic Director Todd Smith wrote in the release.

“We wanted to do something special that celebrated our history while moving us forward for the next generation of MKA athletes.”

MHS/MKA girls soccer — Both the Mountie and Cougar girls picked up where they left off in 2019, each notching a win on Saturday, Oct. 3. Montclair beat West Orange, 3-0, with goals by Sonia Neighbors and Shelby Duffy, with the Mountaineers putting in the third goal themselves.

Meanwhile, MKA beat Verona, 3-0, with Chloe Skipper, Sofia Vinasco and Liah Lim finding the back of the net for the Cougars.

The two then met in their yearly rivalry game on Tuesday, Oct. 6, at Fortunato Field.

The teams were evenly matched for much of the game, with MHS’ offensive chances countered by the strong play of MKA’s defense, led by MKA senior and Montclair resident Stella Marshall.

The game was deadlocked at 0-0 for nearly the full 80 minutes, until things changed with 2:41 left.

That was when senior Meg Braley dashed after a loose ball in the MKA penalty area, barely beating Skipper and Cougars goaltender Salange Bell to the ball and sending it past them into the net to give the Mounties a 1-0 win.

“I waited until [Claire Manning] played the ball, and I saw the keeper coming out, so I knew I couldn’t take any touches,” Braley said after the win. “So I passed it into the goal, one touch.”

It had been a long journey to that goal for Braley, who missed her junior season with a torn ACL.

“It’s been over a year since that injury, and I’ve worked so hard to get back here. I’ve been waiting for this moment since I tore it and knew I would miss my junior season.”

MHS head coach Ashley Hammond said throwing Braley into the mix was his way of trying to change things up and disrupt the MKA defense.

“[Braley] has scored some huge goals for me in club and she’s such an amazing kid, coming back after a year out with a torn ACL, she’s worked tirelessly to get back to the point where she’s back on the field,” he said. “And I just turned to her and said, ‘I know you can score. Do you fancy a little run up top?’ And she smiled broadly and said, basically, ‘I am so in.’ So I put her in, and she pops up with the big goal.”

MKA next plays at James Caldwell on Wednesday, Oct. 14, with MHS traveling to Glen Ridge the same afternoon.

MHS Field Hockey — The Mounties took on Millburn in their season opener on Friday, Oct. 2 at Watchung Field, but despite a pair of overtimes, the two teams deadlocked, with a final score of 0-0. Each team had 12 corners, and MHS goalie Isabel Ginns made seven saves.

Montclair traveled to Oak Knoll on Wednesday, Oct. 7, with results not available until after press time.

The girls’ day was highlighted by the efforts of Lily Johnston, whose time of 22:25.00 earned her 7th place, Meghan O’Brien’s 9th-place finish and Lauren Morganlander’s 14th-place finish.

MKA Football — The Cougars had a tough road game on Saturday, Oct. 3, as they headed to Morristown-Beard but lost 28-10. MKA led at halftime by a score of 10-8, on the strength of a 43-yard touchdown when quarterback Jake Pryor hit receiver Clay Morris in the first quarter, plus a field goal in the second quarter.

Unfortunately the Cougars were shut out the rest of the game.

MKA Field Hockey — Cougars field hockey got off to a strong start on Friday, Oct. 1, as they traveled to Columbia and won 3-0. Kate Weinstein led the team with a pair of goals, with Lara Pramanik adding a score and an assist. Ava Moore and Margaret Horn each had one assist, and goalie Phoebe Williams made a pair of saves.

Their second game was against Glen Ridge on Wednesday, Oct. 7, with results coming after press time. 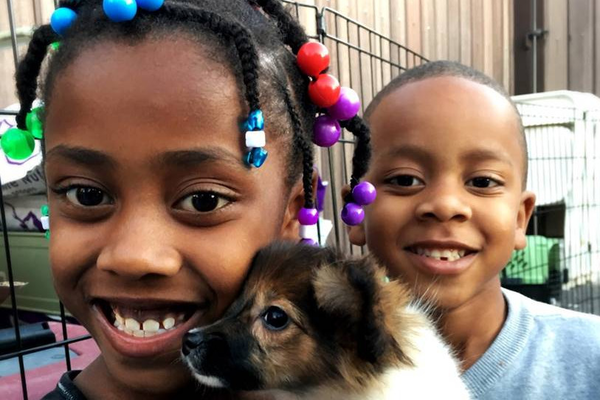